'Narrator: It seems the Army had taken advantage of Buster’s childlike interest in games.

Buster: This is so much more fun than Guess the Fur.

Narrator: …and his childlike inability to distinguish between games and reality. So they set him up as a drone pilot here.

Buster: Not till I take out the hospital!

Colonel Smalls: I tell you, this kid's amazing. If I had him back in the 60s, Cuba would be the 51st state.’

The emergence of new media has been something that has coincided with (and possibly inevitably influenced) my development as an artist. The questions arising - particularly about the nature of materiality - the ontological challenges of the ‘internet of things’ and how it affects the way we think, the way we are and how we see images.

In 2019 I revisited this project in the form of 'Bloodbath V.2'. I wanted to abandon all the presumptions and hang-ups of traditional computer games. The software used in computer games doesn't actually require things like interactivity - these are merely byproducts of the main development of the medium over the last 30 years the gaming industry.

I changed the Bloodbath program to run autonomously, spewing out all the models and "bits" of the old game into one infinitely generating pit. The world simulated in the game is happening regardless of interaction or audience - the need for a playable, interactive game narrative is not necessary.

In this work I want to try to explore the nature of the virtual realities which increasingly influence and make up our world, and how the distinction between 'real' and 'virtual' is arguably less and less relevant. Virtual reality is not the world you see simulated on a new expensive headset developed by google - we're already living in it.

Jo McGarry is an artist based in London, currently studying MFA Media at the Slade School of Art, UCL 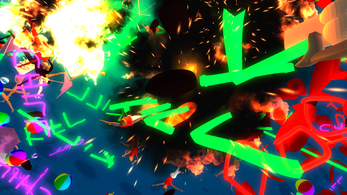 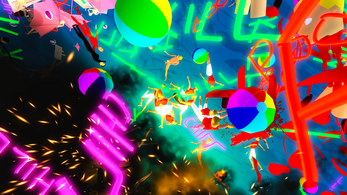 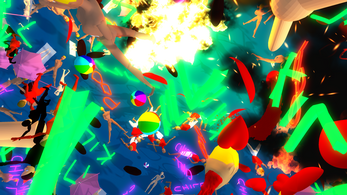 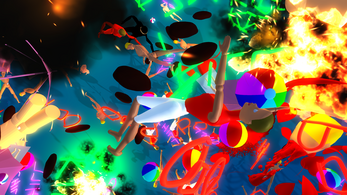 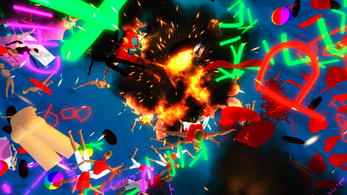 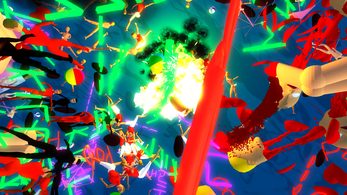